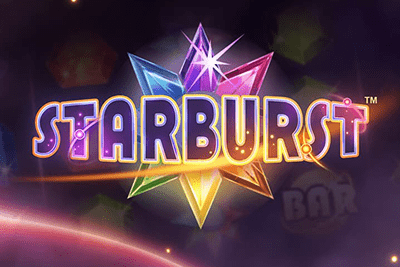 Starburst is a colourful video slot from NetEnt. It includes 10 pay both way paylines, which in reality is 20 paylines. It’s one of the most popular video slots out there and a lot of casinos offer free spins on Starburst as a part of their welcome bonus.

Starburst is extremely simple to play, it is in line with how people expect a video slot to play. The low volatility means that wins come along quite often, which is in place to ensure that lack of features doesn’t ruin the gameplay. While it is advertised as 10 paylines the pays both ways feature actually changes this.

Because the paylines pay both ways, it actually offers 20 paylines. Each payline pays from left to right and from right to left. That means that each payline offers two ways to pay out. Because of this, it doubles the total number of actual paylines.

The low volatility for Starburst means that wins come along quite often. This allows players to play for long periods without getting bored as a win is often just around the corner. The low volatility does mean that big wins are not something that you will come across when playing Starburst.

Starburst has an RTP of 96.10% which is in line with the market average.

Starburst widely regarded as one of the most popular slots around. It is simple to play and doesn’t put up a barrier for players when playing. Although the lack of features is a slight issue, it does attempt to make up for this with a low volatility and therefore regular wins. 3.6/5