With a mystical name and intriguing logo, Yggdrasil are a very new software provider in the iGaming sphere. They have burst onto the scene with a range of video slots that are designed to be eye catching. Gorgeous graphics are combined with enjoyable features to make sure that every game that comes through the Yggdrasil name is one worthy of their reputation. Their aim is to be available in as many places as possible and as such they have aimed to be covered by as many regulating bodies as possible.

Founded in 2013 they really are the newcomers to the scene. This small length of time as an operating company means that their current rise towards the top of the iGaming market is all the more remarkable. Named after the legendary tree from Norse mythology it comes as no surprise that they enjoy putting out games with a folklore theme to them. Yggdrasil are aiming towards creating enjoyable games that people like to look at as well as enjoy playing.

They have attempted to achieve this by creating high fidelity graphics for the majority of their slots as well as integrating a number of features that other software providers do not offer. One of the main features that they have included is the ability to engage with tournaments that each casino can create themselves. This means that the Yggdrasil experience has a good chance of being different when you play games at different casinos.

One of the biggest advancements that Yggdrasil offer in terms of their slots is the previously mentioned tournaments feature. These can make it very simple for each casino operator to add in cash drops when certain missions are carried out. This allows for extra depth to be added to the Yggdrasil slots to make them even more engaging to players.

Their slots are also completely created in HTML5, which adds extra levels of security and greated speed and fluency.

They currently have over 50 slots available to players, but this is a number that is growing at a rapid rate. The only real negative that players have to say about Yggdrasil slots is that their slots tend to be on the high variance side. While this in itself isn’t a negative, it’s nice to have a range of different variances available in order to appeal to a number of different players. Yggdrasil tends to aim for high variance almost constantly. Some of the slots that they have available to players include:

These are just a small selection of some of their most popular games. If you see a game that has high quality visuals and innovative features then there is a chance that it is a Yggdrasil game.

While Yggdrasil do mainly focus on standard video slots, they do have some progressive slots on offer to players as well. This is a bit of a surprise as the majority of the smaller slot providers do tend to steer clear of progressive slots, but Yggdrasil have such confidence in their own ability that they stepped up to create some alternatives. Their two titles Joker Millions and Empire Fortune can both pay out in the millions, which shows that each slot is both popular and well made.

In terms of table games this is an area that Yggdrasil have made a recent step into. They have created a fully immersive, 3-D Blackjack game that is aimed at giving players an all new table game experience. They have plans for both Baccarat and Roulette to be joining Blackjack in their stable of table games in the near future.

As the first company to make the complete move to creating in HTML5 it is safe to say that Yggdrasil takes the security of their games seriously. They moved away from the aging Flash platform to a newer, more cross compatible and safer HTML5 platform and have never looked back.

They also ensure that they are regulated by a huge range of licencing bodies. With the Malta Gaming Authority and the United Kingdom Gambling Commission just two of the many regulators that ensure that Yggdrasil comply with all standards required of them.

Overall, Yggdrasil is a company that is quite obviously going places. They have a dedication to innovation, create beautiful looking games and spend a great deal of time adding new and exciting features to their games. This all works together to make sure that they have a high level of quality in their games. If you’re playing at a casino that has Yggdrasil as a provider you can be assured that the games on offer will be some of the most enjoyable around. 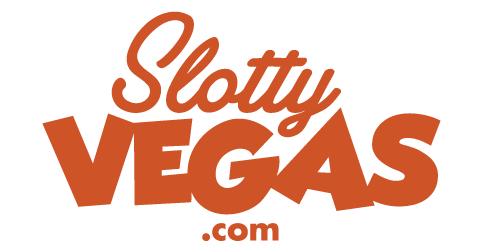